7 Haunted Places In Bangalore With Photos

Many would think, Bengaluru is a tech city, how would the ghosts and demons haunt any place in Bengaluru. According to many people, the places which I have mentioned below are haunted by spirits and some of them have experienced their existence. 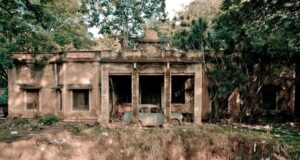 Terra Verra was built in 1943 by an Anglo-Indian lawyer, and this house was gifted to his spinster daughters, Vera and Dolce Vaz, it is among the topmost haunted places in Bangalore. The two sisters were the only occupants of the house until 2002 when a tragic incident happened. Dolce, the piano instructor, was stabbed to death by an unknown man and buried her body on the premises. After the murder of her sister in the house, Vera was advised by the police to move out. She left behind all the valuables which included a vintage car and furniture. Till today the case is not solved. Many people who went inside the house to click pictures have experienced dead batteries and blurred images. The building was demolished in the year 2014, but still, some people have been experiencing paranormal activity in the plot. 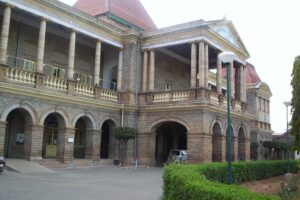 The hospitals are one of the most haunted places due to the unexpected death of the people. Victoria Hospital in Bengaluru is one such haunted place. The hospital guards have eye witnessed a woman roaming around in the hospital premises, crying loudly. Many people have missed their food packets, and it is believed due to paranormal activity. It is said that the ghost is of a woman who died in the hospital some decades back. 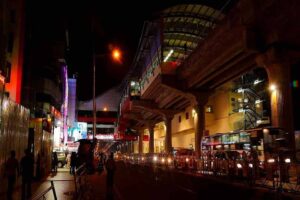 A particular call center on MG road is said to be haunted by the spirit of a young woman, who died in a sad incident that happened. A young woman who worked in the call center was hit by a speeding car and was dead after screaming for a while on the spot. It is believed that many people hear the screams of that woman during that particular time of night every year. 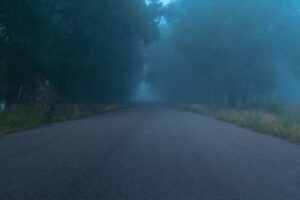 Hoskote Route is one haunted place in Bengaluru, where several motorists have seen spirits roaming around and troubling the people. Once an Auto Rickshaw driver was stopped by an old lady for the drop, and when he stopped the lady said she cannot get into the auto due to her old age and health condition. Luckily the driver refused to get down from the auto then suddenly, the old woman burst out into a hysterical laugh and told him that it was due to the idols and other holy things of worship in the auto that she could not step inside the auto. There are so many instances happening in this route. Many believe that the presence of graveyards on both sides of the road makes some people believe in the presence of spirits on the route. 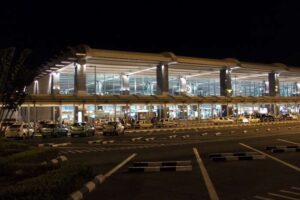 Airports are extremely well-lit and bustling with people at any given time during the day. At the Bangalore International airport, people have witnessed the unimaginable in various instances. The Kempegowda International airport is reportedly home to the spirit of a woman clad in a white saree. Many including taxi drivers, passengers, even pilots have supposedly seen a woman in a white saree who disappears on being approached. Even the infrared camera at the airport has captured the imagination of the spirit, and people believe that she indeed haunts the place. The ghost of the woman in a white saree is believed to be seen in various places at the BIAL. 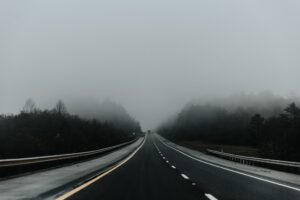 Highways have been associated with ghost stories quite often. Several passengers have narrated stories of their ghostly experiences on the highway. People have reported that they gave a lift to a pretty girl clad in white on the highway which sounds like a story of a movie, after boarding the vehicle, she disappears. It is because of these incidents that people don’t give lifts on many occasions.

Aren’t these scary!! Yes, the power of the spirits cannot be underestimated. Even though their existence is still debatable, few instances make us believe in their existence. You believe it not, the people of silicon city have experienced their existence and have the dark side. These haunted places of Bengaluru may seem normal during the daytime, only those who have roamed around the city late in the night have experienced the energy of the spirits. If you want to experience the demons, the ghosts and the spirits, then explore these spooky haunted places of Bengaluru.