The locality of Banashankari is the largest in Bengaluru and is densely populated. It is one of the most happening places with a lot of developments happening in and around Bengaluru. When I say Banashankari, it starts from Mysore road and extends all the way to Kanakapura Road. Divided into six stages, Banashankari is home to some of the biggest residential apartments and many upcoming real estate projects. It has some prominent areas like Hanumantha Nagara, Girinagara, Srinagar, and Azad Nagar. Some of the prominent nearby localities bounded by Banashankari are Rajarajeshwari Nagar, Basavangudi, Jayanagar and J.P. Nagar, and Padmanabhanagar, Kumaraswamy Layout, ISRO Layout, Vasanthapura and Uttarahalli. It is divided into 6 phases and has been properly planned. Banashankari is a 6th stage locality in the southwestern part of Bengaluru and lies on one side of the Bengaluru Mysore expressway.

Banashankari is one of the largest and the oldest localities in South Bengaluru. Since the locality is so huge and contains many institutions and offices, there are numerous dining options available in and around the area.

Stoned monkey is some of the popular eateries in and around Banashankari.

Banashankari has the best possible amenities and the infrastructure of the locality is well developed. The residential areas in Banashankari are well developed, with wide roads, trees in and around the locality and good shopping centres & malls. You can get whatever you want in the locality. There are several small shops within the locality to fulfil the daily requirements of the residents and there is a local market as well. It has the best shopping centres. Metro supermarket, the upcoming mall by Prestige groups, star Bazar, Fbb, Reliance Trends. Banashankari’s 3rd stage has some branded label shops. Health & glow, Poorvika mobiles, Sangeeta mobiles, Tanishq Jewels, and many other shops. This region now features a plethora of factory outlets, including Puma, Adidas, Brand Factory, VIP Stores, and Pantaloons. Banashankari is commercially so well developed that everything is available at a stone’s throw distance. The Banashankari market will be crowded with people and you can get almost every essential commodity for daily needs.

Goddess Banashankari is worshipped in a neighbourhood named after this temple, which is definitely one of the most popular temples in the city. The atmosphere of this Devi temple is so strong that it makes you lost in the ecstasy of devotion. One amusing aspect of this temple is that worshipers give prayers during Rahukala, which is a tradition.

This is considered to be Hanuman’s mighty dwelling, with magnificent architecture. The temple is well-known for its Aaradhanas and rituals. One of the greatest things to do in Banashankari visits a sacred location that has witnessed numerous miracles.

Choose this cultural college if you are a film buff who enjoys seeing films of various genres. National and foreign films are shown at Suchitra Cinema. In addition, short-term acting courses are offered in conjunction with theatre programs.

On the eastern side of the locality( Banashankari 6th stage ) is the famous Turahalli reserve forest a big tourist attraction for nature lovers. It is also said to be a reserved forest for peacocks. These are some of the highlights of the Banashankari locality. If you have not discovered yet, you will just love it. 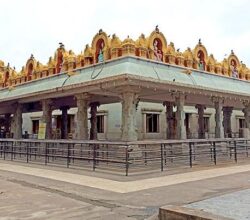 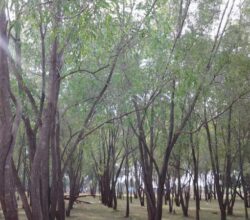 There has been a huge demand for real estate in Banashankari. Since the locality has developed, there are so many upcoming projects from popular developers. Banashankari has witnessed a gradual increase in property prices over the last few years. The prices have nearly doubled and are likely to show an upward graph. Since the Banashankari 6th stage is still developing, there is a huge demand for the plotted development and residential enclaves. All the areas of Banashankari are in popular demand, look at your needs and budget, if you are planning to invest in and around the locality.