Architectural Design is something more than planning and designing the building. This is the reason why there are 2 different branches of studies, I,e Civil and Architecture. First, let us see some of the best architectural designs around the world and what makes them the best. 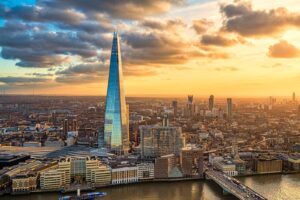 To the southern Banks of the Thames is the skyscraper building, it is a 72-story building and the tallest in Western Europe. It is a multifunctional structure that consists of workplaces, houses, restaurants, and also a hotel. The Shard is mostly influenced by the church steeples. The basic structure includes an 8 angle glass facade that provides an amazing panoramic view from the towers. The building has a spectacular view as long as 40 miles in every direction. It is a part of the Shard Quarter development. It is also referred to as the Shard of Glass. Renzo Piano is the architect of one of the most mind-blowing architectural designs. 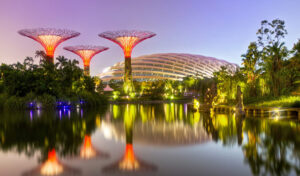 The Gardens by the Bay is a nature park spanning 101 hectares in the Central Region of Singapore, adjacent to the Marina Reservoir. The park consists of three waterfront gardens: Bay South Garden, Bay East Garden and Bay Central Garden. It is a horticulture tourist attraction, presented in a whole new different way. The architecture is used to the utmost, to educate the visitors. The gardens were designed by a team of two firms, landscape architects, Grant Associates and architects, Wilkinson Eyre Architects. There are structures, imitating the trees of 25 to 50 meters in height, on which the ferns are grown. This is what makes the garden by the bay architecturally more special. The architectural design concept used here is quite simple yet innovative. 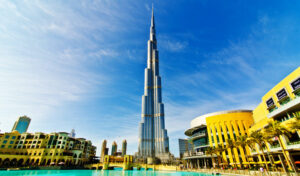 Burj Khalifa is the tallest building in the world and is one of the best architectural designs. It is the top tourist attraction in Dubai. Construction of the Burj Khalifa began in 2004 and was completed in 2009. Burj Khalifa was designed by Adrian Smith, of Skidmore, Owings & Merrill. The design is inspired by Islamic architecture,e Great Mosque of Samarra. Its residential and hotel space is designed by a Y-shaped tripartite floor. A buttressed central core and wings are used to support the height of the building. The structure has a cladding system that is designed to withstand Dubai’s hot summer. As I said before there are so many beautiful architectural designs around the world. Only the architectural design concepts change according to the topography. 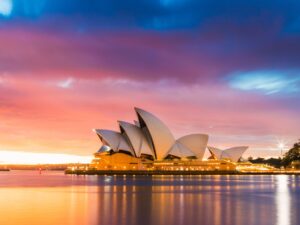 The Sydney Opera House is a multi-venue centre in Sydney. It is located on the banks of Sydney Harbour. It is one of the masterpieces of the 20th century, which has set a trademark. It is one of the best architectural designs that stands out till date. The architectural design concept of the Sydney opera house is the spherical solution and a series of arched white roofs shaped like the sails of boats to reflect the love of the architect for sailing. Jorn Utzon is the architect of this amazing masterpiece in architecture. 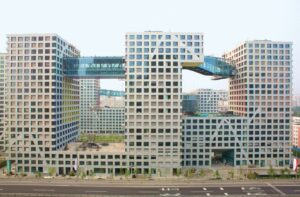 The Linked Hybrid is recognized for its environmental design and uses geo-thermal wells for cooling and heating. It is popular for its architectural design concept. It is designed by Steven Holl. It is located near the old city wall, it was designed keeping in mind the pedestrian, public and private space and it encourages the use of shared resources. It has over 2500 inhabitants. It contains 750 apartments, commercial areas, parking, hotel, cinema, and educational facilities including a kindergarten and Montessori school. Linked Hybrid has won several awards such as the Best Tall Building Overall Award by the Council on Tall Buildings and Urban Habitat in 2009.

Perot Museum of Nature and Science 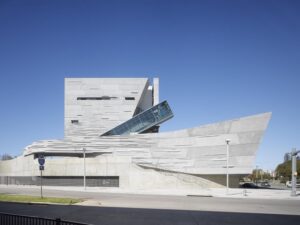 The Perot Museum of Nature and Science is a natural history and science museum located in Dallas, Texas. It is an example of the best architectural design. The building is designed in collaboration with the landscape architects and is covered in stones and drought-resistant grasses that are typical of the landscape in Texas. Thom Mayne is the architect of the Perot Museum. The architectural design concept of this is, the overall building mass is considered as a large cube floating over the site’s landscape. An acre of undulating roofscape comprised of rock and native drought-resistant grasses reflect Dallas’s indigenous geology and demonstrate a living system that will evolve naturally over time. The building is designed and constructed with changing the demographic conditions of the place. 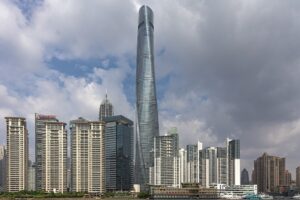 Designed by Gensler and completed in 2015, the 2,073 foot-tall Shanghai Tower is an irreplaceable piece of architectural design. The tower’s asymmetrical form, its tapering profile, and its rounded corners allow the building to withstand the typhoon-force winds that are common in Shanghai. The tower takes the form of nine cylindrical buildings stacked atop each other that total 128 floors, all enclosed by the inner layer of the glass facade. A wind tunnel test was also conducted. Shanghai Towers have innovative sky gardens, which makes it unique from others. Shanghai tower is yet another example of the best architectural design. 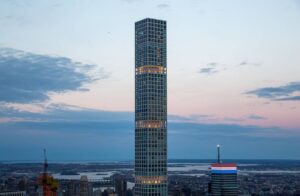 Rafael Viñoly’s 432 Park Avenue is the tallest completed residential building in the Western Hemisphere. The architectural design concept simply expresses the structural solution to an enormous engineering challenge. The building is essentially six separate structures built atop each other, with a central, uninterrupted core that consists of the elevator shafts and all the building’s mechanical services. Outside of this backbone, all the livable space fills in the structure. While there has been some criticism of Viñoly’s design, there’s no doubting the fact that this tower has set a new trademark in the era of slender towers.

Absolute World is a residential condominium twin tower skyscraper complex in the five towers of Absolute City Centre development in Mississauga, Ontario, Canada. The project was built by Fernbrook Homes and Cityzen Development Group. Standing at 170 and 150 meters, the Absolute Towers contain apartments on each of their oval-shaped floors, but every story is incrementally rotated to give both buildings a curved and twisted outline. Absolute Towers is a residential complex, but with the best architectural design.

Now that we have spoken much about some of the best architectural concepts and designs, we will see how these concepts are designed. We all know that for everything there is a touch of technology. Below are some of the top Best architecture design software.

1. Which is the best piece of Architecture in India?

2. Are both civil engineers and architects the same?

3. Is architecture a good Career?

Ans. Architecture is a good career for anyone interested in creating real structures