Best Cities To Live In India-Top 6

With smart city plans being initiated by the government, the major urban and two-tier cities are marching towards development at a rapid phase. Would you like to know today?

Hi, My name is Balaji Badrinath and I welcome you to my site today! My newest initiative Brick Experts is a guiding path to buyers who are looking to purchase new homes through top developers. I had collated such project’s in-depth information along with price notes, reviews, comparison and much more, check it out! Now without further ado, let’s begin.

What classifies a city as being one of the best to live in the country? Qualities such as high quality of living, good employment opportunities, commercial center, technology hub, high-end restaurants, cleanliness, and safety are key factors that determine the worthiness of a city among others.

The best cities in India offer the latest housing and showcase rapid development in various industrial and commercial sectors. Here is a look at some of the best cities to live in India, where you can take up top employment opportunities and also make property investments that are sure to rise in value in the years to come: 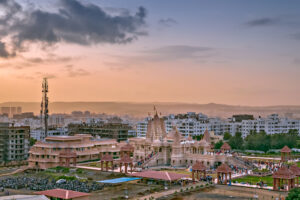 Over the past 10 years, this majestic city has developed into a sophisticated one, showcasing the best of planned housing and a rapidly growing IT sector. With more than 110 MNCs, it has 5 IT zones and the largest IT parks. It is also blessed with stunning natural beauty as it is located on the foothills of the Sahyadri Mountains and much of it is filled with luscious forested areas. 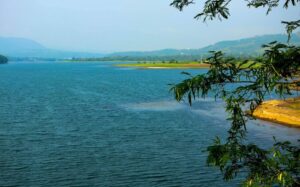 Stunning lakes like the Khadkwasla, Panshet etc, surround it, while hill stations such as Lonavala, Mahabaleshwar, Lavasa, are just 150 km away. During weekends, you can find families rushing to the beaches Ratnagiri and Konkan. It is also Maharashtra’s cultural capital, implements strict law and order and is safe during night time. Known for its mega shopping malls like Seasons Mall, Inorbit & Pune Central Phoenix Market City etc, it offers shoppers a paradise along with the delight of reasonable pricing. 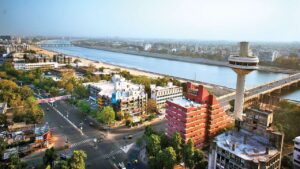 This stunningly beautiful city is situated on the banks of the Sabarmati River and is the twin to Gujarat’s capital city Gandhinagar. Its nickname “Manchester of the East ” arises from its textile industry but it is also popular for its stock exchange which is the second-oldest in the country. One of its most famous cultural centers is the Darpana Academy of Performing Arts.

Be it its Janmare or Bus Rapid Transit System, a successful transport model that connects various parts of the city, the humility of its population, the majestic Rolls Royce showroom or perhaps the Patang Hotel, Ahmedabad amazes you with its vibrant nature and bustling city life. Key educational institutes have established themselves here such as GNLU (Law), NID (Designing), IIM (Management) and MICA (Advertising). It’s also the place to come and enjoy delicious, delightful vegan Gujarati food. 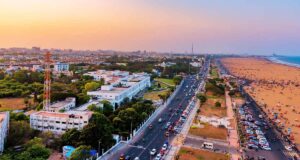 Also known as the ‘Gateway to the South’, this vibrant city is famous for South Indian Food, Carnatic Music and Bharatnatyam Dance making it one of the best cities to live in India. Its majestic Marina Beach is the second largest in the world. There are many qualities unique to it such as its underwater fiber optic cables, artificial ports – Chennai Port and Ennai Port., vast wi-fi network, oldest municipal corporation and C. N. Annadurai library, the largest Asian Library that can hold 1.2 million books! 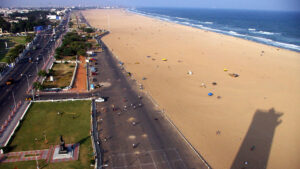 The city also shows off some very historical establishments such as Higginbotham’s (1859), Guindy Engineering College (1794), Royapuram Railway Station (1856), Vandalur Zoo (1855) and much more. It is a leading IT services provider which gives immense employment opportunities and attracts a vast number of people from all over the country. It is also the place where some of the most important banks are established such as Export Credit Guarantee Corporation of India Ltd, Bank of America, Standard Chartered Bank etc.

Out of the many Indian cities set to experience rapid growth between 2019 and 2035, Surat ranks at the top. As of 2020 it has earned the name of being the cleanest city in the country. The Surat Municipal Council is the richest in the country. 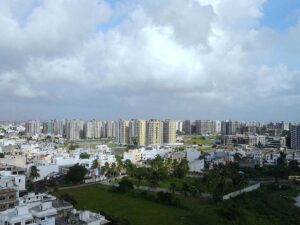 It is Gujarat’s commercial hub and famous for its textile and diamond trade. Such is the importance that it gives to safety that it was one of the first Indian cities to set up CCTV cameras on their roads for effective traffic monitoring. It also offers employment opportunities in its industrial belt which is dotted with top companies such as ABG Shipyard, &T, Kribhco Shell, Reliance, ONGC etc. The National Council of Applied Economic Research (NCAER) calls it the most prosperous city in the country! 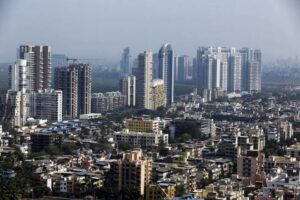 It is a beautiful city with a planned layout and one that is also larger than Mumbai coupled with its suburbs. A 45 minutes drive from the Mumbai International airport takes you to Navi Mumbai, which is now much sought after for hosting large events, trade shows and exhibitions. 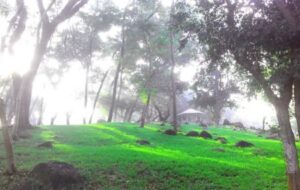 One of its special features is the natural flood water management system that makes use of tidal gates and holding ponds to control flood water. Its well-known natural attractions include Belapur Mango Garden, Pandavkada Falls, Sagar Vihar Garden and the Karnala Bird Sanctuary. It has ingeniously set up a separate disposal system for storm water and wastewater. It also has numerous shopping malls, restaurants and other entertainment centers. 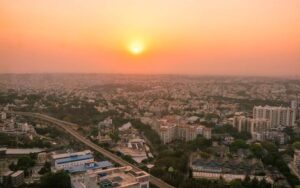 The natural beauty of the capital city of Karnataka has made it a popular destination for nature enthusiasts who throng to places like the Lal Bagh Botanical Garden, Cubbon Park, Lumbini Gardens and much more. It attracts interest from people across the country and the world with its leading IT firms that have earned it the name “Silicon Valley of India”. It is also the headquarters of large companies like Infosys, HAL, Wipro etc. 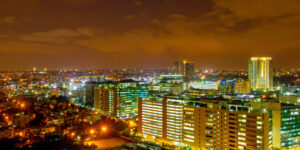 The city is known for its multi-religious, multi-ethnic and multi-linguistic population, cosmopolitan culture and cool climate. Over the past decades it has also become an educational hub with its numerous universities (public universities – 24, deemed universities – 12, private universities – 6), colleges (48 dental colleges, 61 medical colleges and 204 engineering colleges) and schools (60 International Schools). It has a large number of R & D centers for fields like applied science, information technology, aerospace etc. The city’s population enjoys a comfortable, posh lifestyle and make up an intellectual class like none other. 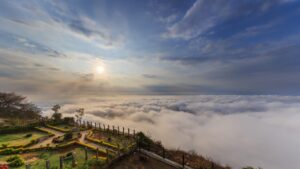 So, what do you think? If you liked my picks, comment below, and share it with your friends! Stay tuned, Stay Safe!

One thought on “Best Cities To Live In India-Top 6”

All about Phoenix Kessaku
Things to know about RERA