Best Places to Live in Bangalore 2022

Bangalore is famous being the Silicon Valley of India, Karnataka’s capital city is a well known IT hub and some of the world’s major It corporations operate out of the city. Apart from MNCs, Bangalore is also home to many startups and Indian tech companies.

Best Places to live in Bangalore 2022 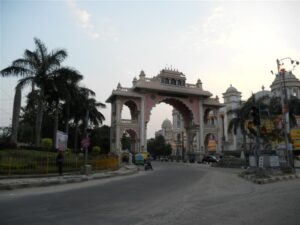 We’re kicking off today’s list with Raja Rajeshwari Nagar, AKA RR Nagar. . It is positioned in the southwestern part of Bangalore along Mysore Road, with Nagarbhavi to the north and Kengeri to the west. There is an outstanding arch structure on Mysore Road which serves as the most famous front to this locality.

The locality has plenty of greenery. It is home to many IT companies, Global Village Tech Park, spread over 120 acres, and is located here. Several prestigious companies’ offices are present in the Park. The locality has a blend of low to mid-rise apartment complexes, independent houses as well as high-rise multi-storey apartments. Key projects include Prestige Bagamane Temple Bells, Sobha Valley View, and Century Indus among others. The key thing to note is Metro connectivity is already in place and is going to be operational soon. Land prices are still cheaper compared to other developed areas and anytime is the best time to buy homes here. 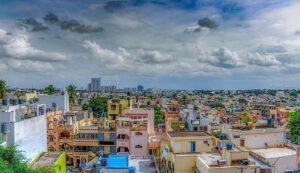 It enjoys accessibility to various civic utilities. The locality serves residences from independent houses to villas. It is one of the best residential places in Bangalore, having plenty of restaurants and shops. It has a good number of trees and parks in the locality. Metro connectivity, which is already operational, is a blessing to this entire stretch covering a lengthy West of Chord Road. Wide roads, plenty of green covers, temples, and old town charm make it the perfect place to live here for all age groups.

Ulsoor is one of the oldest neighborhoods within the town of Bangalore. It is placed in central Bangalore and starts close to the terminus of MG Road. It is famed for its several temples and rather slender streets. 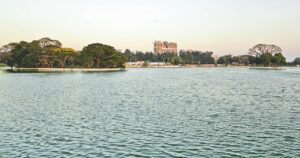 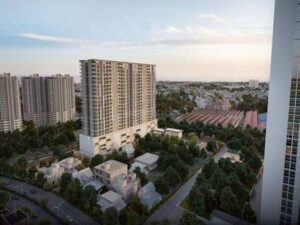 A well-liked residential neighborhood in Bengaluru may be found towards the city’s southeast. In the city’s vicinity of Koramangala, Hosur Road, and other nearby business sectors, HSR Layout has experienced a sharp rise in residential housing. It offers a respectable variety of independent homes and apartments. HSR Layout is currently one of the most organized residential areas due to its actual character of residential spaces. You are taken care of very well with some of the top hospitals, cafes, restaurants, clubs, tree-lined roads, and much more. HSR Layout is a well-liked location for young single individuals because it is home to many start-up businesses.

Next up, we have Rajajinagar a residential locality and business hub in the west of Bangalore. It is a very good area with a good mix of Residential, Commercial & Industrial areas. It is free from traffic problems & has very low air pollution. The last few years have seen tremendous growth in commercial activity & high-end residential apartments in & around Rajajinagar.

With Metro connectivity, the areas in and around the Metro station are bound to have a huge demand potential for Commercial Offices, Showrooms & Residential Apartments. Large parcels of land are now becoming commercial offices & malls. Needless to say, it is one of the best locations in Bangalore to live. 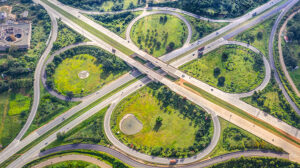 Next up, we have Hebbal. Hebbal is a relatively new locality and has become a prominent commercial locality in Bangalore. The prestigious 300-acre Manyata Tech Park stands tall in Nagawara, Hebbal. Thousands of employees work here. IBM, Cognizant, L&T, NXP Semiconductors, Fidelity Investments, and Northern Trust are some of the companies in Manyata IT Park. One can find easy connectivity to other parts of Bangalore because the Hebbal flyover is unique in its construction as it connects the north, east and central parts of Bangalore. It provides a better network for ORR, Bellary Road and NH7. Upcoming metro service will be another feather in the cap to have a hassle-free journey. This will in turn increase demand for both commercial and residential activities. Hebbal without doubt became the next upscale settlement area of Bangalore. 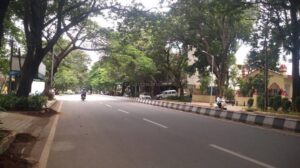 Sadashivanagar is an upscale residential neighborhood in Bengaluru. The neighborhood houses plush homes and mansions of Bangalore’s celebrities, politicians and industrialists. Sadashiva Nagar has evolved to attract many homebuyers, due to its fantastic connectivity to IT Hubs including the Embassy Manyata Business Park and Kempegowda International Airport. Sadashivanagar borders the Sankey Tank, a midsized lake on the edge and is sometimes used by residents for exercise.

The plot sizes are generally in large dimensions and one can find only luxury apartment projects. If you want to brush shoulders with the movers and shakers of this city, then Sadashivanagar is the place for you to make your next home. 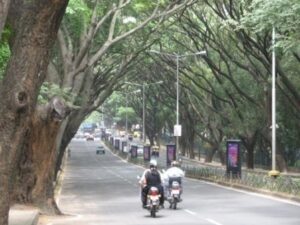 Jayanagar, a wealthy residential area with both commercial and academic establishments, is located in southern Bengaluru. It is one of the oldest and most affluent neighbourhoods in the city and is primarily made up of single-family homes and multi-story apartments. Jayanagar is connected to the rest of the city’s physical infrastructure through the ORR, Bannerghatta Road, and Kanakapura Road. It is situated close to Bengaluru City Junction’s train station. Additionally, it has excellent access to the metro system via the Jayanagar Metro Station on the Namma Metro Green Line.

The second place on our list we have is Malleshwaram. Malleshwaram or Malleshwara, located in the north-western region of Bangalore, is one of the city’s oldest neighbourhoods and a well-planned suburb. Here you’ll find Mantri square a shopping mall, which is the biggest in Karnataka and one of the biggest in India with more than 35 different food kiosks and multiplex screens of PVR and INOX. Malleshwaram is a good neighbourhood for Children, youngsters, couples, families and also for old age people as it has a charm of this old beautiful Bangalore heritage style at the same time a modern appeal, the Sanky tank with Gyms, very long walking track, and enough sitting benches is one of the biggest water body well maintained public amenity in the city 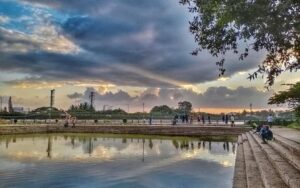 It is an old residential locality in North-West of Bangalore, it is well connected to rail, bus, METRO and other means of transport. BMTC buses provide excellent service to Malleshwaram. And Kempegowda International Airport is about 32 km away from this region. Bangalore railway station is about 4 km away from Malleshwaram. The quality of physical and social infrastructure is quite impressive and you will have all the comfort that way. Schools, shopping stores, banks, ATMs, and hospitals are situated in the vicinity. Whenever I visit Malleshwaram, I get the feeling of peace, tranquility and calmness, a great choice to make your home here! 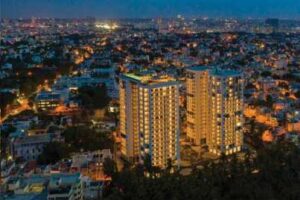 At First Spot we have Basavanagudi. With Ramakrishna Math right next door, one can’t miss the lush, tranquil and untainted views of the ashram when they are in Basavanagudi. It is considered to be the poshest and most heritage part of Bangalore. It is also known for its historic temples and eateries. It is located in the heart of South Bangalore, where the charm of old Bangalore still exists. This residential location is characterized by massive trees, vintage temples and exquisite houses. This suburb was once home to many cultural icons of Bangalore.

This location is favored for residential purposes because it is surrounded by markets, cultural institutions, parks and restaurants. It also enjoys smooth connectivity to numerous regions of Bangalore. Residents in the area have excellent connectivity to the National College and Lalbagh metro station on the green line. The area has the best selection of residential properties with top-notch amenities. This area is dominated by luxury flats and independent homes.

Choosing A Wrong Realtor Can Be Costly! Learn How!
Do I need an architect to design my house?