The real estate market has recently begun to pick up steam after being affected by the COVID-19 pandemic and nearly coming to a standstill for two years. As per the reports, the momentum is anticipated to continue in 2022–23 as a result of robust demand, and housing sales may increase to more than 10% in the current fiscal year. 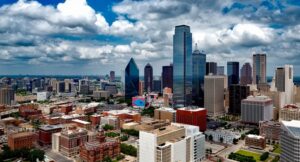 In the post-pandemic era, developers and other entities still have a voracious desire for property acquisition. According to the reports, different entities closed at least 25 real estate deals worth 1237 acres of land all over the country.

Some reports say, only 14 land sales were made from January to June in the year 2021, compared to the year 2022. To establish initiatives across several real estate asset classes, businesses with the financial means are reportedly targeting prime property in strategic areas of the country.

Here are the some of the biggest real estate deals

To date in the year 2022, at least 18 deals of 351 acres of the total transacted land is set aside for various residential developments. 3 land purchases of 115 acres have been bought for the development of data centers, and 2 deals of 63 acres of land for transportation and warehousing projects. Mixed-use developments are planned for at least four deals totaling more than 108 acres. There has been a single, 600-acre land purchase in Hyderabad that is now unidentified.

Hyderabad has seen the highest land transactions and has maintained strong economic growth in the year 2022, as per the reports. Over 59 per cent of all property transactions in the city from January to the present were five different purchases totaling 715 acres. One of these covered 600 acres of land. Bengaluru has three different deals for a combined 140 acres in Bengaluru’s planned residential, mixed-use, and logistical complexes.

The National Capital Region also closed five distinct acquisitions, totaling 106.3 acres. This includes two transactions totaling 91 acres in Gurugram, as well as one transaction each in Noida, Delhi, and Faridabad. Residential, mixed-use, and warehousing developments are among those being considered.

Over 91.1 acres of land were sold in five different deals in Pune, making up 7% of all land sold in India. All have residential development envisaged.

The land-scarce Mumbai Metropolitan Region witnessed five acquisitions totaling 54.85 acres, all of which were intended for residential construction.

One land deal of 5.5 acres in Chennai is made and it is projected for mixed development. Last but not least tier II and III cities with significant land deals were made at Sonipat, Nagpur, and Ahmedabad.

So these were some of the biggest real estate deals. The demand for housing and office space in India is expected to continue to rise as the country’s urban landscape changes favorably. Since the sector offers significant investment opportunities with potential for long-term profits, investors are eager to invest.