Has the Construction Cost gone up in 2022?

Has The Construction Cost of a House Increased?

Are you planning to construct a house shortly? if yes, then go through the post below. Everyone dreams of owning a house. But as of today due to the increase in the construction cost of the house, housing developers have raised the value and the engineers and architects have been charging high. Yes, the materials used for the construction of the houses have increased and due to this, the real estate industry has been affected.

Why Has The Construction Cost Increased?

Due to rising input costs brought on by supply-side limitations, construction costs have increased by 10–12 per cent over the past year. As per the reports, the price of essential resources like bricks, steel and cement have increased by more than 20%. Which are the major construction commodities and these make up the majority of the entire cost of construction. A sharp increase in the cost of essential raw materials like cement and iron and steel, among others, has made things even worse for developers during this pandemic and is anticipated to have a significant negative impact on the industry as a whole. 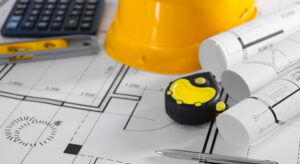 Developers’ average building expenses have increased by 10–12 per cent over the past year as a result of higher input costs.

The leading realtors and the companies are not happy regarding the rising prices and have stated that if construction material prices are not controlled, the housing costs may increase by 10-15 per cent.

The profit margins for housing developers are very less, and the rising inflationary trend of basic material costs like cement, steel, and labor is a serious problem. Budget house launches have grown challenging, particularly for developers of mid-range housing. 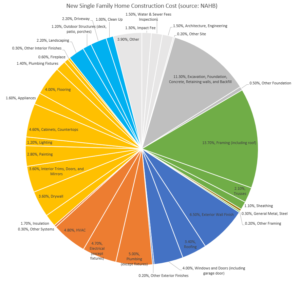 Since the second wave of Corona, it has become harder and harder to create budget-friendly projects and mid range projects, due to the abrupt rise in raw material prices. Cement and steel costs that rise arbitrarily are bad for the industry. This will not only affect the developers and the construction companies, but also the projected housing plan of the government of India.

As of March 2022, the cost of steel, cement, copper, PVC pipes, and other construction materials has increased at a record rate over the past year, due to which the project cost will increase. Again, the rise in project cost is against the interests of both the sector and the consumer.

What is The Construction Cost of a House Per SqFt?

Real estate is the industry that creates the most jobs in the nation and supports a wide range of businesses. A sharp increase in the cost of essential raw materials like cement and iron and steel has made things worse for the real estate industry as of 2022. The industry has adopted several adaptations to survive the pandemic’s inception and the rise in the raw material cost. Let’s just hope the cost goes down for the betterment of everyone.

BDA Sites for sale in Bangalore