One of the city’s most valuable resources has proven to be the metro in Bangalore Real Estate. The micro-markets in Bangalore where the metro track runs have gradually been impacted by the real estate industry. Property values have changed significantly in metro-connected areas.  In Bangalore, the cost of real estate has climbed by 20% since last year, and many infrastructural improvements have also been enacted. Significant changes to Bangalore’s North, East, and South will result from the metro project. The recent metro expansion in Bangalore has had a big positive impact on the real estate market, causing prices for both residential and commercial properties to rise significantly.

How Namma  Metro is being Planed and operating 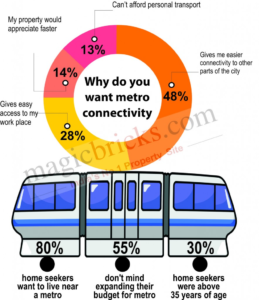 With the city’s growing infrastructure, Bangalore metro phase 1 got completed in June 2017 and it was a remarkable achievement.  Travel time along these lines was cut in half compared to other modes of transportation when the Majestic interchange between the East-West and North-South lines was completed.  The frequency of one train every five minutes during peak hours is projected to enhance ridership.

Namma Metro is one of the second-largest metro systems in India. South India’s Namma Metro is the region’s first subterranean metro. Phase 1, Phase 2, and Phase 3 make up the three phases of this Metro. The Green and Purple lines make up Phase 1, which covers 42 kilometers. Yellow, Red, and Blue lines are included in Phase 2, which spans over 72 kilometers. Phases 2 and 3 ought to be finished in 2022 and 2030, respectively.

However, only the central and outskirts of Bangalore have benefited from Phase 1. There is tremendous anticipation for Phase 2’s debut because it will connect Bangaloreans to significant economic areas like Electronic City, Whitefield, and Outer Ring Road.

The Namma Metro has been successful in several parts of Bangalore, including West Bangalore. This neighborhood of Bangalore is a great illustration of how the construction of Metro lines changed a sleepy, uninhabited place into a humming real estate center. West Bangalore, formerly regarded as an industrial neighborhood, is now home to some of the best business and residential developments. All praise to the metro for improving this location’s connectivity to other good destinations. The only things you will find at Tumkur Road are opulent residential complexes, first-rate infrastructure, and well-equipped office spaces. Mysore Road is now experiencing a respectable real estate market. The plotted lands have greatly increased in value and yield thanks to metro development. Magadi Road, which runs through the center of West Bangalore, is thought to have been one of the first areas of the city’s real estate industry to grow. The opening of schools, hospitals, banks, and supermarkets in this area was influenced by the improved Metro link.

Whitefield, Hostoke, ITPL, Marathahalli, and Kadugodi have seen an increase in demand for residential and commercial constructions as a result of commuting to well-established neighborhoods in East Bangalore. Nearly all of the prominent homebuilders have purchased land in these sought-after places, where prices are increasing by 20–25 per cent, in consideration of the growing demand and rising valuation. The landscape of this area will only offer tremendous returns despite the current traffic congestion caused by the ongoing subway construction. 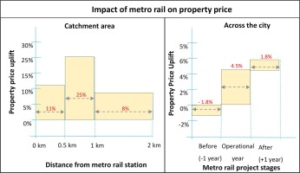 The metro area, which includes important facilities like the International Airport and neighborhoods like Yelahanka-Kogilu, Jakkur, and Nagawara, has become extremely well-liked. Due to the faultless connection provided by the metro, luxurious residential developments and villas in Hebbal and HBR Layout are capturing investors’ attention like crazy. Due to the presence of reputable IT Parks, Kodathi on Sarjapur Road has seen a rise in construction activity. This neighborhood is recognised for its residential societies. Due to its proximity to Bangalore’s core business district and metro line, Hennur Road is proven to be of great value. Rent and property values have increased by roughly 15% in this area. 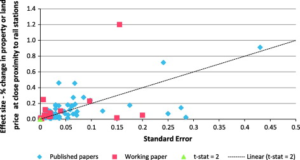 Many of the city’s top IT parks, including RMZ Ecospace Business Park and Global Village Tech Park, are located in South Bangalore. With the construction of the metro, its appeal to the city’s working population has only grown. In areas where prices have increased by more than 50%, such as Electronic City, Koramangala, BTM Layout, Bannerghatta, Kumaraswamy Layout, Arekere, and Bommanahalli, properties are viewed as attractive investment prospects. The building of the metro route has increased construction activity at Kodathi on Sarjapur Road, a region recognized for its residential communities. The opening of the metro line along Kanakapura Road has expanded the real estate market in this area. increased accessibility to key highways

Because of the Namma Metro’s thoughtful design, the future of Silicon Valley is expected to be quite promising for real estate developers and entrepreneurs. Nearby commercial and residential neighborhoods of the metro lines have already experienced a dramatic increase in property values. And after Phases 2 and 3 of the Namma Metro are finished, this will only get the hype. Overall, this seems to be a good moment to buy residential flats close to metro stations because the prices only seem to be going up. Bangalore’s real estate market will experience a significant game-changer because of the connection that the Namma Metro promises.