Bengaluru is the capital city of Karnataka and the largest city. Bengaluru is one of the most ethnically diverse and multilingual cities in the country, with over 62% of the city’s population comprising migrants from other parts of India. Bangalore food has a touch of uniqueness to it. If you are new to Bengaluru and if you want to know some of the best cuisines in Bangalore, go through the post.

Bengaluru can be called a food paradise because of the diversity of cuisines. Just like any other thing, the separation in the cuisine is available of the social and economic diversities. In Bengaluru, every type of cuisine is available, with a local touch and there are some popular restaurants, who offer authentic cuisine from all over the world. Roadside vendors, tea stalls, South Indian, North Indian, Mughlai food, Chinese, continental and Western fast food are all very popular in the city. The Chinese food and the Thai food served in most of the restaurants are customized to cater to the tastes of the Indian population.

Another most popular cuisine found all over Bengaluru is the Mughlai Cuisine. Mughlai cuisine is a gift of the Mughal era which brought forth iconic dishes like, kebab, qorma, rezala, Mughlai paratha and nargisi kofta. There are so many outlets and restaurants that serve variety and popular Mughlai cousins from all over the world. If you are a hardcore non-veg lover then don’t miss to visit the popular Mughlai restaurants. 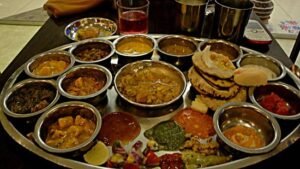 North Indian Cuisine is another delicacy of Indian Cuisine. North Indian cuisine is very rich in flavour and taste. North Indian cuisine relies heavily on lentils, curries and flatbreads. Though vegetarian dishes are celebrated here, meat and poultry are also favoured. Dishes like Pratas, chole bhature, dal chawal, roti, paneer masala are some of the popular dishes. If you are someone who doesn’t like eating rice, then bread and curries are for you. Every second street in Bengaluru has one North Indian restaurant. 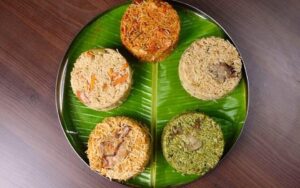 Biryanis are almost everyone’s favourite. Both veg and non-veg biryani are popular in Bengaluru. Traditionally, A South Asian Mixed Rice Dish, Biryani is one of the most famous main course dishes in North India. A major part of Awadhi cuisine, A traditional Biryani is made using Spices, Rice and vegetables or meat. If you are a biryani lover, then there are amazing places that serve Biryanis of different types. 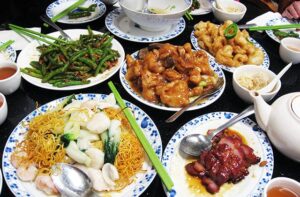 Chinese is one of the most popular foreign cuisines in India, Chinese cuisine doesn’t need an introduction. Be it a Soup or Noodles or any main course dish, the cuisine has been successful in winning everyone’s heart. From noodles to manchurians, it is very popular among all age groups. 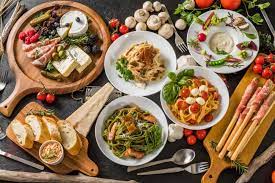 Italian cuisine is the celebration of the earthy food of Italy, popularizing iconic dishes like pasta, pizza, tiramisu, risotto all over the world.

Pizza is a traditional Italian delicacy now famous all over the world. It is yeast-treated flatbread topped with marinara sauce and other toppings. Pasta and lasagna is available in a variety of flavours in many Italian restaurants in Bengaluru. 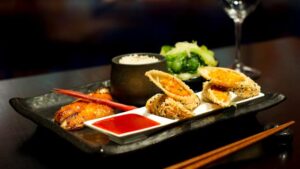 Pan Asia is a tag given to the vast-ranging cuisines originating from the greater continent of Asia including Chinese, Japanese, Thai, Vietnamese and Korean. Variety of soups, rice, momos and stew are the popular cuisines of pan Asia. Some of the popular restaurants in Bengaluru serve the piping hot and lip-smacking Pan Asian Delicacies.

Street Food is the term applied to the assorted quick-to-prepare dishes generally available at roadside food stalls. It is both cheap and delicious. This is one of the popular cuisines available in Bengaluru. Some of the popular street foods of Bengaluru serve mouth-watering hot local food from around the corner of Karnataka. Street food will never go out of trend. It’s always the first choice when we are a little peckish.

American Cuisine or the cuisine of the United States is one of the most popular cuisines in Bengaluru. Be it the burgers or the fries or the cheesy and delectable mac and cheese, there is nothing really that the Americans have gone wrong with. Many people of Bengaluru, love indulging in English breakfast or a snack like a burger or fries. 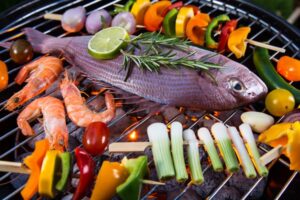 Seafood and Barbeque Seafood is a versatile ingredient and could be made in various styles. From curries to fried to grilled to steamed, seafood can be enjoyed in several forms. Barbeque or as generally called BBQ is both a cooking style and an apparatus. Barbequing is cooking marinated meat over low indirect heat slowly. There are some restaurants, which offer only this type of cuisine. So Bengaluru’s popular cuisine included this as well.

Conclusion- Yes, as I said in the beginning Bengaluru has everything according to your needs. Popular cuisines from all over the world are available in Bengaluru. Just head out and enjoy your favorites. What are your preferences? Let me know in the comment section below.

Wasn’t that a wonderful read. Well I hope so. Also, check out cute animals for home or significance of bamboo plant for home.

What is meant by a Township? Best Townships In Bangalore
Antilia House of Mukesh Ambani | Full Details