Puneeth Rajkumar, popularly known as Appu or the Power Star, was born on 17 March 1975. He mainly worked in Kannada films. He was not only an actor, but he was also a playback singer, television host of one of the popular programmes, Kannadada kotyadipathi, and producer as well. He has played the main leading role in 29 films and has acted as a child artist in many films.

In the year 1999, Puneeth married Ashwini Revanth. It is said that the couple met through a mutual friend and have remained in contact since then. They were long-time friends who subsequently became lovers. Driti and Vandhita are their two daughters. 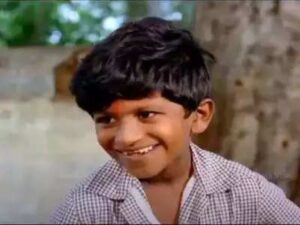 Puneeth has made many appearances as a child artist in many films. His acting career began very soon, as young as 6 months old. The first-ever movie in which he made his appearance is director V. Somashekar’s Premada Kanike in 1976. He has acted in many other films as a child artist, Sanadi app anna, Taayige Takka Maga, Vasantha Geetha, Bhoomige Banda Bhagavantha, Bhagyavantha, Chalisuva Modagalu and Eradu Nakshatragalu, Yarivanu, Parashurama, and Bettada hoovu. At the 33rd National Film Awards, he earned the National Film Award for Best Child Artist for his outstanding acting performance in the Bettada Hoovu movie.

Puneeth Rajkumar In Lead Role
Puneeth Rajkumar made his debut as a lead actor in the Kannada film industry in 2002, opposite Rakshita as a female lead actress. It was directed by Puri Jagganath. The movie was a blockbuster hit and musical hit as well. People applauded the dancing abilities of Appu.

Below are the list of movies of the legendary actor Puneeth Rajkumar.

He was not only a passionate actor but also an amazing singer too. He has sung many songs for his own films and for other lead actor films as well, and most of the songs sung by him are super hit. The magic and the huskiness in his voice held everyone.

He hosted one of the popular TV shows, and it was liked by the audience. Kannadada Kotyadipati and Family Power are popular Tv shows hosted by Puneeth Rajkumar. 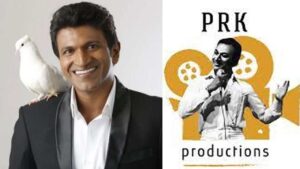 PRK Productions is an Indian film production company founded by Puneeth Rajkumar and managed by his wife, Ashwini Puneeth Rajkumar. It was founded in the year 2017 and has produced many films. PRK Productions has given opportunities to many newcomers. The movies produced by PRK productions are, Kavaludari, French Biryani, Family Pack, Maayabazar, Law, one cut two cut. Puneeth was the founder and owner of the music label PRK Audio; the label’s channel on YouTube had 1.35 million subscribers as of March 7 2022 and 410 videos.

He was not less than any other actor in Brand Endorsements. Puneeth was a brand ambassador for Karnataka Milk Federation’s Nandini Milk products, LED Bulb, 7 Up (PepsiCo), F-Square, Malabar Gold, Gold Winner, Ziox Mobile, Pothy silks, Flipkart and Manappuram, and was a brand ambassador of the Indian Premier League cricket team Royal Challengers Bangalore. He was also the Brand Ambassador of BMTC. 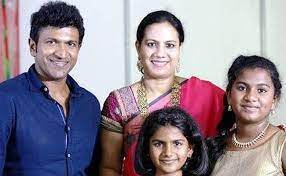 Only after the death of Puneeth , many of his charity works have been known to the people. Such a humble human being he was. The actor was an outspoken supporter of social causes who frequently donated to organizations and nonprofits. Puneeth had donated Rs 50 lakh to the Karnataka CM Relief Fund to help the state in its fight against Covid-19. During the devastating floods in North Karnataka in 2019, the Kannada superstar gave Rs 5 lakh to the Chief Minister’s Natural Calamity Relief Fund to support flood victims. Puneeth supported 26 orphanages, 16 old age homes, and 19 gaushalas. Shaktidhama Ashrama Mysore is being looked after by him and it is a charitable institution, for the support of underprivileged girl students. There are so many charity works he has done and he never wanted those to come up in the news or never used it as a publicity stunt. 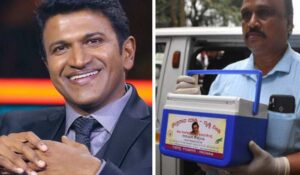 Puneeth Rajkumar died on October 29th 2021, due to cardiac Arrest. As reported, he was accompanied by his wife and breathed his last, on the way to the hospital. The news of his death made his fans from all over the world grieve. Popular icons from the south Indian film fraternity visited for his last rights. Even in death, he has served humanity. He donated his eyes and all of the family members have pledged to donate their eyes post-death.

The Karnataka government has decided to honor late actor Puneeth Rajkumar with the ‘Karnataka Ratna Award. No one can bring back the person, but Puneeth will be remembered forever for his great deeds.