Rainwater usage to be mandatory for buildings in Bengaluru

buildings in the city, official sources said. “The Bengaluru Water Supply and Sewerage

harvest and use rainwater by installing dual-pipe systems,” an official said after the

underway. Bengaluru, which is located at an elevation of over 3,000 feet above sea

level, relies heavily on the Cauvery River for water supply to its 1.2 crore residents.

To meet the demand and reduce the dependence on rivers and groundwater, rainwater

“Rainwater can be collected and used for gardening, washrooms, and other purposes

so that river water can be used wisely for drinking and cooking,” the official added.

Meanwhile, the state government signed a three-year agreement with multi-business

According to an official statement, the partnership agreement is part of the state

government’s ‘watershed development for the drought-proofing program, which seeks

to cover 1.16 million acres of watershed area in 29 of the state’s 31 districts.

What is Rainwater Harvesting? 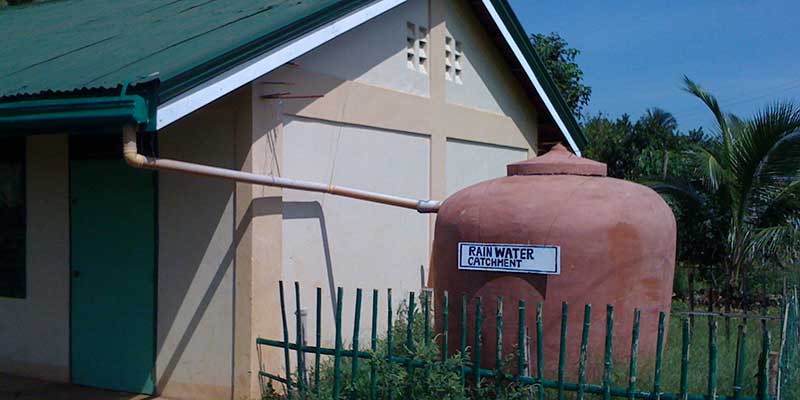 It is the process of collecting rainwater during the monsoon season

and storing it to be used during times of water shortage. In general, it is a method of

gathering and storing rainwater for human use.

rainwater with the purpose of reusing it during the dry season or during a drought.

With rapid climatic changes, population growth, and an increase in global temperature,

there is a scarcity of drinking water in many countries across the world.

This is a global problem and needs a fast solution. The supply of fresh water cannot be

increased on this planet. So an alternative method must be sought out. One such

Some of the benefits of the system are listed below.

Helps in reducing the water bill.

Reduces the need for imported water.

Decreases the demand for water.

Encourages the conservation of both water and energy

Groundwater quality and quantity can be improved.

Does not require a filtration system for landscape irrigation.

This technology is simple to understand, easy to install & operate.

It reduces soil erosion, flooding, stormwater runoff, and pollution of surface water with pesticides, fertilizers, metals, and other contaminations.

It is an excellent source of water for drinking purposes and house gardening.

Karnataka Government planned buildings will have to implement a two-pipe system,

one for regular water and another that can be used for gardening, toilets, and other

purposes. The Bill, once passed, will be applicable to all new buildings, including