A smart house is a home with internet-connected gadgets that allow for remote monitoring and control of appliances and systems like lighting and heating. Smart home technology, also known as home automation allows homeowners to control smart equipment via a smart home app on their smartphone or another networked device, providing security, comfort, convenience, and energy efficiency. Smart home systems and devices, which are part of the internet of things, frequently work together, sharing consumer usage data and automating activities depending on the homeowners’ preferences. 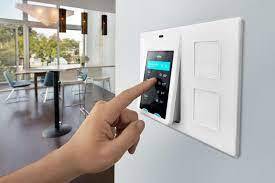 Smart coffee makers that brew a fresh cup automatically at a predetermined time; smart refrigerators that keep track of expiration dates, create shopping lists, or even create recipes based on ingredients currently on hand; slower cookers and toasters; and washing machines and dryers in the laundry room are all available.

Smart TVs use the internet to access content such as on-demand video and music through applications. Voice and gesture recognition are included in certain smart TVs.

Smart lighting systems, such as Philips Lighting Holding B.V.’s Hue, can detect when occupants are in the room and alter lighting as needed, in addition to being able to be controlled remotely and personalized. Smart light bulbs may also adjust their brightness based on the amount of daylight available.

Smart thermostats, such as the Nest from Nest Labs Inc., have built-in Wi-Fi, allowing users to program, monitor, and regulate home temperature remotely. These gadgets also learn from homeowners’ habits and adjust settings automatically to deliver optimal comfort and efficiency to inhabitants. Smart thermostats can also track energy consumption and notify users to replace filters, among other things.

Users can allow or restrict entrance to visitors using smart locks and garage door openers. When inhabitants approach, smart locks can sense their presence and unlock the doors for them.

Residents can keep an eye on their houses when they are abroad or on vacation thanks to smart security cameras. Smart motion sensors can distinguish between inhabitants, guests, pets, and robbers, and can alert authorities if unusual activity is detected.

With connected feeders, pet care may be automated. Watering houseplants and lawns can be done with the help of connected timers.

The pros and cons of smart home technologies

One of the most widely stated advantages of home automation is that it gives homeowners peace of mind by allowing them to remotely monitor their homes and avoid dangers such as a forgotten coffee maker or an open front door.

Domotics are also advantageous to the elderly, as they provide monitoring that allows seniors to stay at home comfortably and safely rather than relocating to a nursing facility or requiring round-the-clock home care. 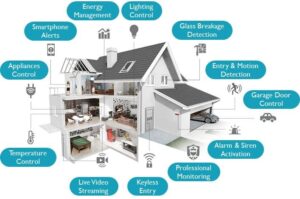 For the sake of convenience, smart houses may accommodate user preferences. Users can configure their garage door to open, their lights to turn on, their fireplace to light up, and their favorite music to play when they arrive, for example.

Consumers can also increase their efficiency by using automation. Instead of leaving the air conditioning on all day, a smart house system may learn how people behave and ensure that the house is cool when they get home from work. The same may be said for appliances. The grass will only be watered when it is needed and with the exact amount of water required with a smart irrigation system. Energy, water, and other resources are used more efficiently with automation, which saves both natural resources and money for the user.

Home automation systems, on the other hand, have had a difficult time breaking into the public, owing to their technological nature. One disadvantage of smart homes is their perceived complexity; some individuals struggle with technology or abandon it after the first setback. Smart homes manufacturers and partnerships are aiming to simplify the user experience and make it more pleasurable and beneficial for users of all types and technical backgrounds.

Devices must be compatible regardless of manufacturer and use the same or complementary protocols for automation systems to be genuinely effective. There is no gold standard for automation currently because it is such a technology business. Standard alliances, on the other hand, are collaborating with manufacturers and protocols to assure interoperability and a consistent user experience.

Security is another major problem. According to a 2016 NTT Data Corp. survey, 80% of Americans are concerned about the security of their smart home data. If hackers gain access to a smart device, they may be able to disable lights and alarms, as well as unlock doors, leaving a home vulnerable to break-ins. Hackers could also gain access to the homeowner’s network, perhaps resulting in more serious attacks or data theft. In a series of distributed denial-of-service assaults using poorly secured cameras, DVRs, and routers as entry points.

Many users are concerned about data privacy in addition to home security. According to the NTT Data survey, 73% of customers are concerned about the privacy of data provided by smart home devices. While smart device and platform makers may collect user data to better tailor their goods or provide new and improved services to clients, firms seeking new customers must rely on trust and transparency.

How does a Smart Home Work? 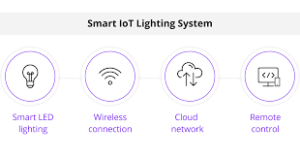 The technology is frequently installed in newly constructed homes. Smart technologies, on the other hand, can be adapted into older dwellings. While X10 and Insteon are still used in many smart home systems, Bluetooth and Wi-Fi have become increasingly popular.

Two of the most widely used home automation communication protocols are Zigbee and Z-Wave. To connect smart home systems, both utilize mesh network technology, and short-range, low-power radio waves. Despite the fact that both target the same smart applications, Z-Wave has a range of 30 meters against 10 meters for Zigbee, and Zigbee is typically perceived as the more complicated of the two. Z-Wave chips are solely available from Sigma Designs, but Zigbee chips are accessible from a variety of businesses.

A smart home isn’t just a collection of smart devices and appliances; it’s a network of them that can be controlled remotely. A master home automation controller, often known as a smart home hub, controls all of the gadgets. The hub is a hardware device that serves as the brains of the smart home system, sensing, processing data, and communicating wirelessly. It unifies all of the disparate apps into a single smart app that users can control remotely. Amazon Echo, Google Home, Insteon Hub Pro, Samsung SmartThings, and Wink Hub are examples of smart home hubs.

Some smart home systems can be built from the ground up, using technology like prototyping boards, for example. Others can be purchased as part of a smart home kit (also known as a smart home platform) that includes everything you need to get started with home automation.

In smart home systems, machine learning and artificial intelligence (AI) are becoming increasingly popular, allowing home automation apps to adapt to their surroundings. Virtual assistants in voice-activated systems like Amazon Echo and Google Home, for example, learn and tailor the smart home to the occupants’ tastes and routines.

While every smart building is a smart house, not every smart home is a smart building. Technologies are being used in the enterprise, commercial, industrial, and residential buildings of all shapes and sizes, including offices, skyscrapers, apartment buildings, and multi-tenant offices and residences, to improve building efficiency, reduce energy costs, and environmental impact, ensure security, and improve occupant satisfaction.

Lighting, electricity, heating, and air conditioning, as well as security and building access systems, are among the smart technologies used in smart buildings.

Sensors that detect how many people are in a room, for example, can help a smart building save money on energy. If sensors detect a full conference room, the temperature can automatically adjust, putting cool air on or turning the heat down if everyone in the office has gone home for the day. 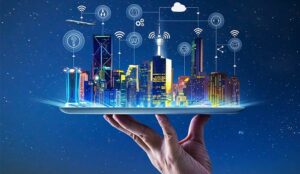 The smart grid can potentially be connected to smart buildings. The electric grid and smart building components can “speak” and “listen” to each other here. Energy distribution can be efficiently controlled, maintenance may be handled proactively, and power outages can be addressed more swiftly with this technology.

Smart buildings can also provide building owners and managers with the benefit of predictive maintenance, in addition to these advantages. When usage sensors detect that the soap or paper towel dispensers are low, janitors, for example, can restock the supply. Building refrigeration, elevators, and lighting systems, for example, can be maintained and breakdowns predicted.

The origins of the smart home

The smart home concept started with the invention of remote controls, unveiled by Nikola Tesla in 1898. The early 1900s witnessed the industrial revolution, which paved the way for the introduction of the first home appliances. The current origins of smart house technology may be traced back to 1975, when X10, a home automation platform that transfers digital information via radio frequency bursts onto an existing electrical wiring system, was released. These signals send commands to corresponding devices, allowing them to govern how and when they work. For example, a transmitter may send a signal along the house’s electrical wiring instructing a device to switch on at a specified time. 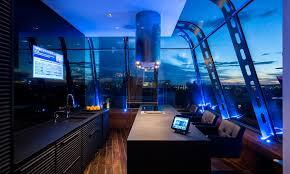 However, X10 was not always completely reliable because electrical wiring isn’t designed to be free of radio-band “noise.” Signals would be lost, and in other situations, signals would not traverse circuits that were wired on separate polarities, as is usual in the United States when a 220-volt line is split into two 100-volt feeds. Furthermore, because X10 was designed to be a one-way technology, smart devices can only receive commands and cannot send data back to a central network. Two-way X10 devices became available later, however at a greater price.

Insteon, a home automation firm founded in 2005, pioneered technologies that merged electric wiring with wireless data. Other protocols, such as Zigbee and Z-Wave, have since evolved to address the issues that X10 is prone to, although X10 remains a frequently used communications protocol to this day.

Nest Labs was established in 2010, and its first smart product, the Nest Learning Thermostat, was released in 2011. Smart smoke/carbon monoxide detectors and security cameras were also developed by the company. In the same year that it was acquired by Google, it became a subsidiary of Alphabet Inc.

Smart things Inc. raised $1.2 million through a kick-starter campaign in 2012 to support its smart homes solution. The company went public in August 2013 after receiving further finance and was acquired by Samsung in 2014.

Amazon, Apple, and Google, among others, have lately released their smart home products and domotics systems, such as Amazon Echo, Apple Home Kit, and Google Home.

Technology has taken over everything. Smart homes technology is very interesting, time and energy-efficient as well. But, before investing in the technology-driven home, don’t forget to do your homework first. Let me know in the comment section below how many of you are interested in smart homes?

Interesting? Have a look at the best architectural designs around the world