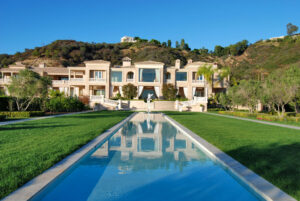 Palazzo di Amore is on the number 10th list in the list of top 10 expensive houses in the world. It is owned by an American real estate entrepreneur and politician Jeff Greene. It is located in Beverly Hills California. Its land area is 53,000-square-feet, designed in Mediterranean style. This huge villa has 12 bedrooms, 23 bathrooms, tennis courts, swimming pools, a theatre, waterfalls, a theatre, reflecting pools and a garage that can accommodate 27 cars, revolving dance floors, a ballroom, wine cellar, and city-to-ocean view. 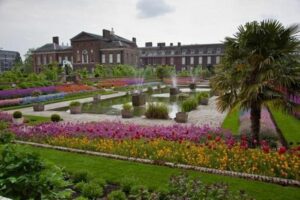 18-19 Kensington Palace Gardens is situated in the most expensive street in Britain which is also called “Billionaire’s Row”. Lakshmi Mittal who is one of India’s richest men and owner of the largest steel manufacturing company in the world is the owner of this beautiful and historical property. It is near Kensington Palace where Prince William and Catherine, who is Duchess of Cambridge, live. 18-19 Kensington Palace Gardens was purchased by Mittal for $128 million in 2004 from which it became the most expensive house in the world of that time. It was first built in the 19th century. This property covers 55,000 square feet. It has 12 bedrooms, Turkish baths, an indoor pool, a picture gallery, and space for 20 cars. 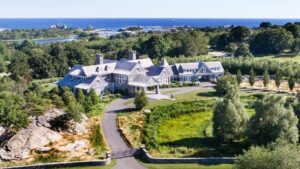 Ellison Estate is the official residence of the co-founder of Oracle and one of the richest men in the world Larry Ellison. It was designed by architect Paul Driscoll and Zen Buddhist. Most of the design is influenced by the Japanese Emperors’ Palace. This beautiful house of one of the leading tech companies co-founder is built in an area of 23-acre. It was built in 2004 and includes 10 buildings, a tea house, a man-made lake, a koi pond, and a bathhouse. You will find very expensive trees throughout the Ellison Estate grounds such as maples, blossoms, redwoods, and oaks. 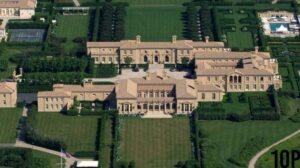 Four FairField Pond is a house owned by American billionaire investor Ira Rennert. It is the most expensive house present in New York City.Ira Rennert’s house is a sea-facing house that faces the Atlantic Ocean. The design is inspired by French architecture. Four Fairfield Pond was constructed in the 1990s in an area of 63 acres in the Hamptons at a cost of $110 million. This luxurious mansion has 29 bedrooms, a basketball court, 39 bathrooms, a 91-foot dining room, bowling alley, squash courts, a 100-car garage, 3 swimming pools, and a tennis court. 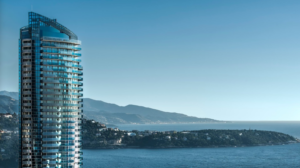 The Odeon Tower is a double-skyscraper penthouse that is located in the Principality of Monaco. It has 259 residences in which 62 are for-sale private luxury residences including 2 Sky Duplex apartments and 1 Sky Penthouse. It covers a total area of 35,000 square feet. It looks more like luxurious hotels and lavish resorts than a penthouse with a 360-degree infinity pool including water slides from which you can get a complete view of the surrounding landscape. Currently, this penthouse is on the list of the world’s most expensive apartments. It was designed by Alexandre Giraldi with Group Mazococo. It is the most expensive building in Monaco. 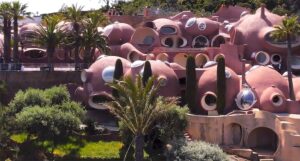 Les Palais Bulles is one of the most expensive houses that is located in Theoule-Sur-Mer, Cannes. It was designed by Antti Lovag who is a Hungarian architect and was built from 1975 to 1989. It was bought by Pierre Cardin as a holiday home by the owner, a French industrialist. It has 10 bedrooms, a reception hall, various swimming pools, a 500-sear open-air amphitheatre, a panoramic lounge, and waterfalls in extensive landscaped grounds. Each bedroom has been decorated by a specific artist. 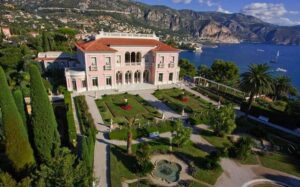 Villa Les Cedres is 4th on the list of most expensive houses in the world.It was built in 1830 on 35 acres of gardens that were later purchased by Belgium’s King Leopold II in 1904. It was previously considered as the most expensive house back in 2017 but now it has been overtaken by 3 more houses. Villa Les Cedres is built in roughly 18,000 square feet that consist of 14 bedrooms, an Olympic size swimming pool, and a stable enough to fit 50 horses. This house is full of art and culture. You will find decor staples such as crystal chandeliers, gilded woodwork, and cultural pieces like a library. 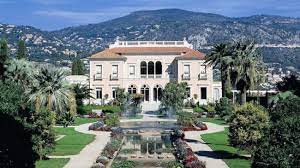 Villa La Leopolda is a large detached villa that occupies 50 acres worth of land, which is located in France. It was built and designed by an American architect Ogden Codman The first owner was Belgium’s King Leopold II. Edmond Safra, husband of Lily Safra, bought this house in 1987. Villa Leopolda has 11 bedrooms, a helipad, 14 bathrooms, a movie theatre, an outdoor kitchen, a commercial greenhouse, and an amazing swimming pool. If you want to buy this luxurious house in France then you just have to spend $750 million. 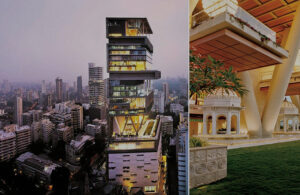 Antilia is the second costliest house in the world and practically speaking since Buckingham palace is a crowning property, Antilia is the most expensive private property owned by India’s richest man, Mukesh Ambani in the world. Antilia is located in Mumbai, India. This expensive house is built in a land area of 40,000 sq ft, at Mumbai’s Cumballa Hills Altamount Road, one of the world’s most expensive addresses. The house has 27 floors, with 6 floors dedicated for cars, a separate floor for home theatre, spa, gym, a snow room to beat the heat, a ballroom, and a private temple. The costliest house in the world was designed by Chicago-based architects Perkins and Will & Australian-based construction company Leighton Holdings taking charge of its construction. Antilia can survive an earthquake of magnitude 8 on the Richter scale. It is said that the entire home design is inspired by the lotus and sun, and they made use of the marbles, pearls and crystals. 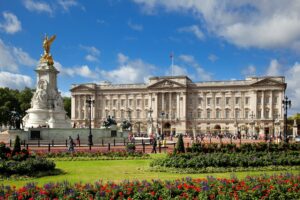 Buckingham palace is the most expensive house in the world, owned by the queen of England and is considered as the Queen of real estate. The property is so huge that it has 775 rooms, 188 staff rooms, including 52 royal and guest bedrooms, 92 offices, 78 bathrooms, and 19 staterooms. Buckingham Palace has a Private garden & it is the largest private garden in London.
Well, this was all about the costliest houses in the world, owned by the business tycoons, Billionaires and some are the legacy houses. Interesting right? Yes, people own these huge houses, which are the costliest in the world.

Well wasn’t that an exciting read. Well we have more. Check out Bill Gates House Crazy facts or top interior designers for your home.

About Us
Contact Us
Our Team
Videos
Testimonials
FAQ
Join Us