What is Water Pollution?

The water they say is life, and they were right. Water makes up about 70% of the earth’s surface, which has unquestionably become one of our most valuable resources. We learned about different ways to save water when we were young because water is used in almost all essential human chores and processes. Water is an essential component in both domestic and industrial purposes.

However, a close inspection of our water supplies today provides a shocking revelation. Water is now infested with a variety of wastes, ranging from floating plastic bags to chemical waste, turning our bodies of water into poisonous pools. 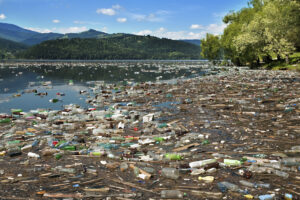 Water pollution is the degradation of water sources in basic terms. Lakes, wetlands, oceans, rivers, and reservoirs are all being abused.
Water pollution happens when substances released into it have a detrimental impact on the water. Pollutants can be discharged in both direct and indirect ways.

Water pollution is a terrible epidemic that has the potential to ruin the entire planet. Since water is a natural solvent, most contaminants can quickly dissolve in it and contaminate it.

As per the Economist report in 2008, each day, more than 1000 children die of diarrheal sickness in India, and the numbers have been alarming in the last ten years.

Water is polluted by both natural as well as human-made activities. Earthquakes, volcanic eruptions, tsunamis, etc. are known to alter water and pollute it, also affecting the ecosystems that exist underwater.

Industries generate a huge amount of waste, which includes toxic chemicals and pollutants, polluting the air and harming our climate and ourselves. Lead, arsenic, sulphur, nitrates, asbestos, and a variety of other hazardous chemicals can be found in them.

Due to a lack of a proper waste management system, many industries discharge waste into freshwater, which flows into canals, rivers, and eventually into the sea.
Toxic chemicals can alter the color of water, increase the number of minerals in the water (a process known as eutrophication), change the temperature of the water, and pose a serious threat to aquatic species.

Each household’s sewage and wastewater is chemically treated before being released into the sea along with fresh water.

Pathogens, a common water pollutant, as well as other harmful bacteria and chemicals, are carried in sewage water and can cause severe health problems and diseases.

Waterborne microorganisms are known to cause a variety of deadly diseases and to serve as breeding grounds for creatures that act as carriers. Via various means of touch, these carriers infect a person with these diseases. A typical example would be Malaria.

Crushing rock and extracting coal and other minerals from underground is known as mining.

When these elements are extracted in their natural state, they contain harmful chemicals that can increase the number of toxic elements when combined with water, posing a health risk. Mining operations release a lot of metal waste and sulfides into the water, which is harmful to the water.

In certain nations, household waste such as paper, plastic, fruit, aluminum, rubber, and glass is gathered and dumped into the sea. These things take 2 weeks to 200 years to decompose.
When such items enter the sea, they not only pollute the water, but they also harm sea animals.

Farmers use chemical fertilizers and pesticides to protect their crops from insects and bacteria. They are beneficial to the plant’s growth. When these chemicals are combined with water, they produce harmful pollutants for plants and animals.

When it rains, the contaminants combine with the rainwater and flow down into rivers and canals, posing a significant threat to marine life. 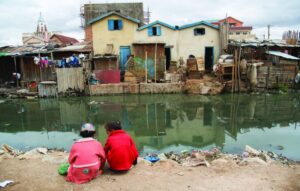 The demand for housing, food, and clothing has risen in lockstep with the population.

Increased use of fertilizers to produce more food, soil degradation due to deforestation, increased building activities, insufficient sewage collection and treatment, landfills as more waste is made, and an increase in chemicals from industries to produce more goods have all resulted in water pollution as cities and towns have grown.

Global warming is caused by a rise in the earth’s temperature due to the greenhouse effect. It raises the temperature of the water, which causes the death of aquatic animals and marine organisms, resulting in water pollution.