Are you planning to buy your dream house? Then I have some good locality advice, where you should consider buying your dream house and a list of some of the apartments in south Bengaluru.

According to many, south Bengaluru is the old Bengaluru and the majority of Kannadigas live here and prefer south Bengaluru. The majority of this part of Bengaluru is occupied by the native and local people who still endorse their traditions and values. It is rich in its culture and has many temples of heritage. Despite all this, the area is a booming IT hub and commercial Space.

The mornings in south Bengaluru are completely different. In almost every second street, one can hear the bells ringing and the chantings of the mantras. 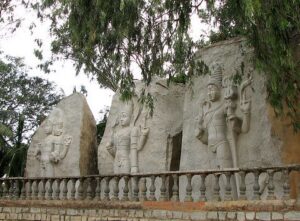 Lalbagh Botanical Garden is one of the popular gardens in Bengaluru. Which has beautifully landscaped gardens, widely spread trees, and a glasshouse. It is located in south Bengaluru and has 4 gates. However, the west gate has good access to metro connectivity.

Why South Bangalore is the hub for Foodies 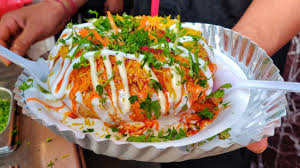 Do you love food? If yes, then South Bengaluru has it all. The most popular Mavalli Tiffin rooms, Vidyarthi Bhavan, VV Puram food street, so many to name. These are located near Basavanagudi, which is one of the oldest areas of Bengaluru. The aura of this locality is so refreshing, that one cannot get enough of it. The flower market, the street side shops, the food joints, feels like home. Basavanagudi is one area of Bengaluru, where most of them prefer just roaming around. 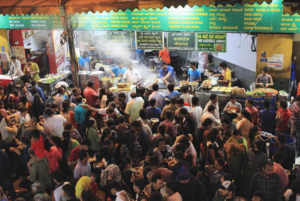 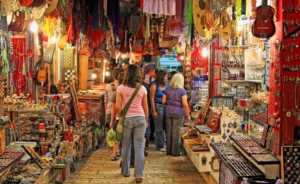 Jayanagara, BTM Layout, Banashankari, JP Nagar, Bannerghatta Road, Vijayanagara, Basavanagudi, VV Puram, Girinagar, Hulimavu, Kumaraswamy Layout, Arkere, Bilekahalli, Kanakapura, Electronic city, Madiwala, Silk board, Konanakunte, Uttara Halli. Jayanagar is the commercial focal point of south Bengaluru. If I forget to mention the eateries in south Bengaluru, then it’s like not doing justice to the content. Most of the popular food joints are nested in south Bengaluru. All I can say is, no one can deny the fact that South Bengaluru has the best in everything, compared to the other parts of Bengaluru.

South Bengaluru is the hotspot for real estate and developers. Due to good infrastructure and civic amenities, many top developers of Bengaluru have come up with excellent projects. If you are planning to buy a house in Bengaluru, south Bengaluru has numerous projects. I will name some of the top projects and residential enclaves in the locality.

South Bengaluru is the heart of the city. In spite of being commercial areas and well developed, it has very calm and well planned residential enclaves. JP Nagar, Jayanagar, BTM layout second stage, konanakunte, Anjanapura, Vijayanagara, Padmanabha Nagar, are some of the localities, which have a maximum of the best residential areas. The whole of south Bengaluru is just so amazing that once if you live in south Bengaluru, then one doesn’t feel like shifting to any other parts of the city.

I have been living in south Bengaluru for years now, and still cannot get enough of the ambience, the mood, the climate, and the high spirit of the locality.

If you are shifting or planning to buy a house, then South Bengaluru should be your first choice. I think there are enough to choose South Bengaluru, over any other zones of Bengaluru. What else do you need? Let me know in the comment section below, which parts of Bengaluru do you prefer settling down in.